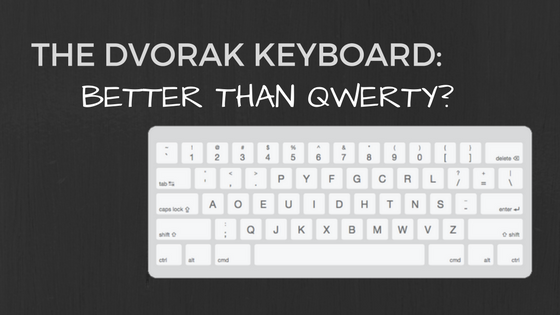 Should I switch to a Dvorak keyboard?

Where did the QWERTY keyboard come from?

Christopher Latham Sholes loved making things in his free time. One of the best things he and his friends came up with was a little metal machine that could type letters.

Pleased with themselves for coming up with this little contraption, the team was about to break open the champagne, but… there was a glitch.

If people became too proficient with the machine, and typed on it too quickly, the levers inside would get jammed.

Since no one wanted to buy a machine that broke down like that all the time, they had to come up with a solution.

It was a strange conundrum… they actually had to make it HARDER to use their machine in order to make more people buy it. But how?

That’s when they got an idea.

What if they put the letters randomly around the keyboard and separated letters that are frequently typed together?

With this, they created what we know now as the QWERTY keyboard. Finally, it was time for them to pop that champagne.

So if you’ve ever wondered why keyboards are laid out the way they are, now you know. It was literally designed to make your life harder.

But that’s the thing. Even though the need for this keyboard layout has long passed, QWERTY remains.

People got used to it.

Muscle memory, which enables us to learn touch typing in the first place, also makes it harder to adjust to another layout.

Once you’ve trained your fingers to know where all the keys are, it can be a real hassle to start all over.

Some, however, are ready for change.

Dvorak: The quest for an easier, more efficient keyboard

One man, Dr. Dvorak, pledged to come up with a more efficient layout for the keyboard.

After over a decade of studying the English language and the physiologies of our hands, he designed a whole new keyboard.

One, he believed, which would enable people to type MUCH more quickly.

As one example, by putting more commonly used letters on the home row, you can type almost 5,000 words literally without lifting a finger.

For some, the Dvorak keyboard is clearly superior.

In 1985, Barbara Blackburn, broke the Guinness Book of World Records for typing with a speed of 170 words per minute using a Dvorak keyboard.

However, in the time since there have been a number of much faster typers since who have come out from the cracks on various online competitions.

Using a QWERTY keyboard, Sean Wrona blew Barbara’s record out of the water with an astounding 256 wpm on one online test.

He even scored 199 wpm on our own NitroType racing game.

Which keyboard layout should I learn?

Despite its drawbacks, we focus on teaching the QWERTY keyboard layout in our lessons simply because it is the most common system.

Unless you want to carry around your own keyboard when you go places, you pretty much have to learn it.

That said, we’re all for progress. 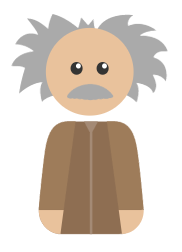 So if you are interested in learning the Dvorak system, we have created three lessons completely dedicated to learning the basics. You will find these in our Practice section.

Experts in the field suggest that it should take you about one month to retrain your fingers to Dvorak, which doesn’t seem too bad.

First, go into your Account Settings and select the Dvorak keyboard. You will then be able to use that for practice in all of our typing lessons.

There you’ll find that Dvorak isn’t even your only alternative. On our platform you are able to select from pretty much every keyboard system out there. From the French AZERTY keyboard to the Colemak, just take your pick, and train in a way that suits you.

31 thoughts on “Should I switch to a Dvorak keyboard?”